The SIM for the OpenSIM Greedy Tables

Choose among 56 FREE and FULL PERM mesh models of Greedy game tables, or just grab the box with the whole collection.

Jimmy Olsen ▸ GREEDY MUSEUM  4 months ago
*** JACUZZI GREEDY GAME TABLE NG *** NEW RELEASE *** For up 08 players! Available for FREE and FULL PERM! Enjoy :)
ps. At tp point, i rezed also the fixed version of the HOT TUB one. (fixed a small glitch on how scores were displayed for some players).
0 comments 👍 8 like 👍👍👍👍👍👍👍👍

Jimmy Olsen ▸ GREEDY MUSEUM  9 months ago
*** NEW RELEASE ****NG - NEXT GENERATION GREEDY GAME TABLES *** Available for FREE and FULL PERM! Please read notecard READ ME before using table + controller as there are many extra features! I reproduce text from NC here though:
NG GREEDY TABLES NOW are in 2 pieces;

- Table itself (around 41 prims, depending on model used and only 3 scripts);
- Greedy Controller Board (GCB) (89 prims and 1 script); and it can be paired to only ONE TABLE!


ATTENTION: ALWAYS REZ THE TABLE BEFORE THE OTHER PARTS OTHERWISE THE PAIRING WON`T WORK! WHEN BOARD REZED IT SHOWS IN GREEN "SELECT A TABLE". WHEN PEOPLE STARTS PLAYING THE GAME, BOARD SHOWS "GAME IN PROGRESS" IN YELLOW. IF THESE SENTENCES DON`T SHOW UP, DELETE BOTH TABLE AND BOARD AND START ALL AGAIN.

ACCESS: U can now set who will be able to change the settings from ur table.

JOIN ON SIT (*): When selected, players will be added automatically to the game when they sit down. If not selected, they need sit down and click JOIN.

(*) Selected or not, players can play the game without sitting down (since they are not far away from table - see PLAY RANGE).

POINTS MODE:
KEEP: Let`s say player A makes 1,4K and leave two dices to be rolled. So next player, B, can choose either ROLL with this two dices left or click STOP and then ROLL again, so table will refresh to 6 dices to rolled. But If player B decides to roll with these two dices left and at least one of them is "1" or a "5" and press STOP he will KEEP the 1,4K points made by player A plus the score given to the dice selected ("1",100 points, "5", 50 points).

CLASSIC: Like on V6 tables, so no KEEP / STEAL mode enabled.

DEVIL DICE: When selected, eventually a devil will show instead of a numbered dice. It works like a "joker dice" u often see from SL tables: u can select any value to that dice to make a combo with a highest score possible. Eg: U have two "6". so u could make the devil dice to be a "6" so u will have 6,6,6 (600 points).

SOUNDS: When selected, sounds from table will be ON; when unselected, OFF (sounds volume can be controlled by the buttom VOLUNME);

PARTICLES: It refers to particles threw when game is over: when selected, ON when unselected, OFF;

CHAT: It refers to open chat messages coming from the table during a game: When selected, ON (a); when unselected, OFF (b).

(a) Open chat will be read by players only though. Very handy if u need rez 2 or more tables, close to each other.
(b) Only table reset and winner info will be displayed. Very handy for rezzing tables at club areas.

POINTS TO WIN: It refers the max points a player should reach to be the winner;

POINTS TO JOIN: It refers the min points a player should have to be "in the board".

PLAY RANGE: It refers how far in meters a player can play the game and be recognized by the table. In this case, player needs to press JOIN to join the game. If it occurs the player is > 64 meters, table will do the self cleaning.

ROUND TIME: Time in seconds, a player can play his turn, starting conter AFTER player rolls the dice.

SKIP IDLE: Time in seconds a player has to roll the dices when its ur turn, otherwise a red skip button will show up (between ROLL and STOP on table) and ANYONE (*) can skip the current player.. Very handy for lazy players who are watching Facebook instead of playing greedy lol).

OBS: When SKIP IDLE is selected to 0 (zero) it will be considered as disabled during the game.


SKIP POINTS: It refers the points given to who skips a player. A such nice incentive to skip lazy players :)

VOLUME: As name says, it controls the volume of sound from table.

Jimmy Olsen ▸ GREEDY MUSEUM  10 months ago
SPOILER ALERT!!! SOON THE NG - NEW GENERATION GREEDY GAME TABLES.. Not available yet at my sim but u all can test it at:

Release the pet on u.....FURRY GREEDY GAME TABLE for up to 04 players! Available for FREE and FULL PERM 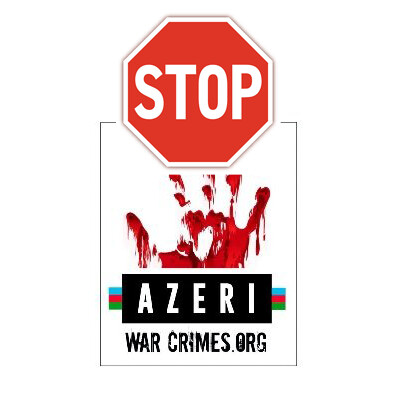 AUSTRALIA GREEDY GAME TABLE v6 available for FREE and FULL PERM! Up to 06 mates, ops I meant, players :)... Have fun :)

LOS AMIGOS GREEDY GAME TABLE for 04 players! A nice choice for compact places and still having fun with ur friends. Available for FREE and FULL PERM. Enjoy :)

Howdy cowboys.. FARM GREEDY TABLE just arrived for up to 04 players to ur farm or stable area. Available for FREE and FULL PERM.. Enjoy :)

HI-TECH Greedy Table for 08 players! ** Available for FREE and FULL PERM ** Not a new release, just a small update on layout (the V6 logo sign that was covered a little bit the scores). Have fun!

***RELEASE THE WITCH ON U*** 07tH NOVEMBER NEW GREEDY GAME AVAILABLE for FREE and FULL PERM for up to 05 players. Enjoy :) 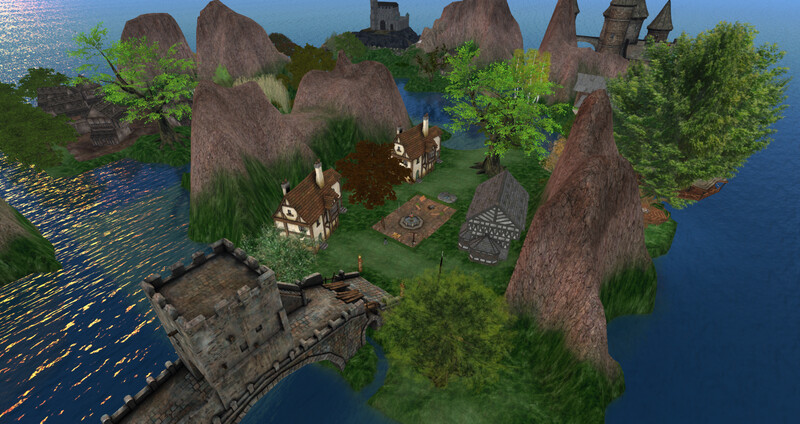 SkyFL 3 months ago
I can't get to the Greedy Museum either, am from Digiworldz. Is a real shame because i've been trying to get there for weeks, i really love playing greedy.
like(0)

Jimmy Olsen 3 months ago
Digi blocked theirs av to come to sacrarium, unfortunately..
like(0)

Jimmy Olsen 1 month ago
Hi Sky. If u still want the copies, come to my SIM Alfheim, its at another grid and drop me an IM and ask about the copies. As soon i get online will send u, np
like(0)

TerriTam 4 months ago
I can't get there, Says can't verify. How do I verify?
like(0)

Jimmy Olsen 4 months ago
Hi Terri Which grid are u from? Some grids blocked av from there coming to Sacrarium. but it seems the grid is offline for maintenance. i couldnt even log in on my sac av myself, try other day pls. or come to my sim ALFHEIM, drop me an IM and i send u the box with all tables
like(0)

Jimmy Olsen 4 months ago
*** GREEDY MUSEUM IS BACK ONLINE *** At TP point, I fixed the model of MERMAID GREEDY TABLE that had a minor glitch on how score (color) was displayed. And due asset issues, I removed from display 3 tables (STEAMPUNK, SAUNA and YOGA MAT). It seems some grids they see them without any problem at all so they are still kept inside the boxed version. Enjoy :)
like(0)

Jimmy Olsen 4 months ago
GRID MUSEUM is offline until I get OAR backup and do some tweaks.. If u need the tables or controller please come to my sim ALFHEIM and drop me an IM.. Thx :)
like(0)

Arnie Berg 11 months ago
Thanks Jimmy for replying. I'll patiently wait until I find them around. You really (do) fine work, and beautiful imagination.
like(0)

Arnie Berg 12 months ago
Can't teleport to your world.. I receive the message, "Your world does not allow you to visit the destination" Any place else that hosts your greedy tables? :))
like(0)

Jimmy Olsen 12 months ago
Hi ARnie.. Kitely blocked citizens to go to Sacrarium. There is a tiny store at https://opensimworld.com/hop/83430 (a friend rezed for me . idk if its updated though)
like(0)

Queenvampire42Dagger 1 years ago
not to air out other ppls dirty laundry but seriously
this is not fair to other ppl CLEARLY there is been a fight among
serten grids a "FUDE" & others are paying for it as in
getting the bad bunt of the deal due to they were not in valued in
this fight so they have to pay for it as well
like they r grounded to there room per stay &
not allowed to go to another place as well while
(mom & dad) fight(over silly shit) ppl
are not allowed to do much grid hoping
any more -_- I mean I get part of it but the another part of
just needs to let it go IT is only a fricken game F sake
I hate this dam - "(FUDE) AMONG THESE GRIDS" itis retarded
child's play (smh) I love Greedy Greedy a lot itis sad that
ppl have to be blocked from sacrarium I FINDIT VERY RETARDED
YES I WILL SAY RETARDED BECAUSE of ITIS
I will stick up for JimmyOlsen he does not have to make those
wonderfull Greedy Greedy tables but he know ppl enjoythem alot I am 1 of meny who do as well glad some 1 deside to make them over here as well they r pretty awesome he has my vote on those Greedy Greedy tables again he does not have to make them I am super happy he is making them!!
TO JimmyOlsen I SUPORT YOU 100% KEEP UP THE AWESOME WORK 100/100 & 10/10
SECREW THE HATERS I love your tables you rock JimmyOlsen!! high ^5
like(0)

Avis Novak 4 months ago
Easy way to solve that issue. Live on a grid that doesn't restrict your access. You DO have a choice.
like(0)