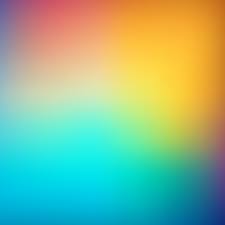 We have resurrected Impero Island, it is one of the old sims we had on Clone Life (closed in 2019 and a week later Zone Nations is born) and it was very busy and appreciated by OpenSim users.
The sim is now on Zone Nations and is still focused on providing entertainment content, Discos set in various themes, Dance Animations, Lighting Effects, consoles and much more.
The implementation took about 6 months, and unlike the old SIM developed on a 65000sqm now the SIM is developed on a 2x2 Var Region and we have both 80% native content and content found around in the other grids, without changing the actual creator, all provided free of charge to everyone, for the spirit of sharing.
We have made available well over 1000 dance animations both group, couple and single dance by men or women.
The setting is always in a modern key and the works are made in both prim and mesh.
As soon as you land in the sim you will immediately notice the statues made by Cherry Manga.
For the Vendor photographs I would like to thank Fiona Saiman of Craft-World.
Any visitor will be able to take the contents with pre-assigned permissions and we ask that you respect them without changing the name of the original owner.
Unfortunately turning to other grids we found the original Clone Life content modified, changing the model and creator name, but performing an inspection we found that our original trademarks and signatures were still present.

Run your Sim on a Dedicated Server from Contabo.com

Siren_Song 2 months ago
Great Region, Very nice Owner, Worth a look :)
like(1)

Star Ravenhurst✦ 2 months ago
Awesome region! I will definitely visit again.
like(1)