i am an artist, musician, and creator.

the music i make

I have made a lot of songs over the past year, and would like to start getting it in the ears of people. I arrange, compose, and make the music in the songs i have made, and i even own the commercial usage rights to use and sell without paying royalties. So basically what i m trying to say is that this is my music, and I would like to start letting people hear it. I can dj the songs at a club, or even play them on the radio that has a good amount of regualar open sim listenens. So if anyone has a fit they might think is for me, let me know. I attached a link to my soundcloud so you can take a listen before hand. All the best,

The Motel and Exile 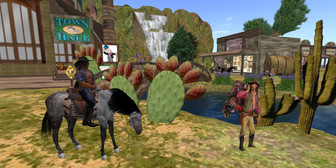 this place sucks. The mods there rude and unwelcoming. the people that wrote negative things about this place are on point. I have experienced a lot of the same coldness and rejection that is described in the majority of the reviews of lbsa. The people here are mostly a bunch of boomers, that have their own clique, and if you do not fit in with them, just plan on getting banned. Someone said tha...

i tried to go to this region and it said i was banned. I dont even remember ever going here. please tell me what i did.

banned from that place for no reasons other than being a man.

Actual people were there and on voice as well. It's nice to see a region with a handful of people in it and them not be bots. they are very welcoming. Too bad i don't speak German.

they wouldnt allow me there because I didnt like the slaves calling me master, so i told them to call me daddy, and the head macho man kicked me out. FUCK GOR

i have never seen and naked avatars in this sim besides the one MarkZYn was with. The date was 2/14/21... on Valentines day. I guess you and your underage avatar gf had a date. It funny how mark is always going to peoples region pages on opensimworld saying the same thing over an over, about how child avatars where there and how blah blah blah,,,, sounds to me the common issue and situations he is...