I like friendly folk. Creating, and drama free life. lol

Live every day like it is your last. It could be! Play in the rain. You'll stay young forever.

ALL rock n roll, some metal, some country, some bluegrass, gospel. Shoot, just about anything except, rap most rap [i like some], and songs shouted over beat too death music that you can't understand? lol

Action, comedies, phantasy, scarey at times, some old classics, and ZOMBIE ANYTHING! lol

Phantasy, horror, some westerns, and sci-fi. Prehistoric, and barbarian.

My grandpa, Willie Nelson, and Jesus.

Johnny Rebel ▸ Johnny Rebel's Home  4 months ago
Opening my home back up on here for now. I haven't decided if I want to open up any more of Rebelworld yet on opensimworld, but I am still around? lol ^^ You can get to Rebelmart, and Rebel Community Welcome Center from the board at my home for now. I hope everyone had an awesome Christmas, and New Years holiday. hugs n high 5's :)
0 comments 👍 7 like 👍👍👍👍👍👍👍 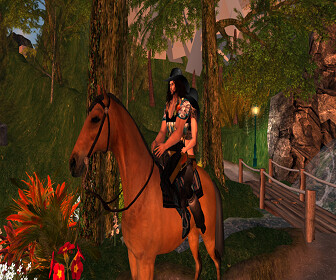 Johnny Rebel  4 months ago
I removed Rebelworld's - Rebelmart, Welcome Center, and Johnny Rebels Home - from Opensimworld with deep sadness awhile back due to extreme griefer harrassment. It is now with sadness I must announce it will probaby be gone completely soon. I cannot afford the insane bill hike Suddenlink has put on me. So will only have a wifi hotspot. Doubtful that will run even 1 4x4, much less 30 4x4 worlds+. So if you suddenly cannot access any of Rebelworlds worlds? This will be why. Can't pay the bill. :x I am so very sorry everyone. hugs n high 5's

[UPDATE] After dozens of calls. I am hashing out a deal with Frontier for 3 times the speed currently, for less than I was paying before. With no lockin contract, and no increase gaurantee for at least a year. I jusst need to tighten the belt 1 time for the install fee of about 150 with taxes. So server may be down about a week, not forever if I can get the install money. lol Wish me LUCK, PLEASE? :)
0 comments 👍 like

Happy Thanksgiving everyone. I know this isn't celebrated by everyone. So have an awesome day/night as well. ^^ hugs n high 5's :)

Been so under the weather I need a STEP LADDER just to get above ground! haha! :o xD But regardless? I hope everyone is havin a great weekend. hugs n high 5's ya'll :)

Johnny Rebel  6 months ago
Rebelworld is closed from opensimworld indefinately. I can't do this lame arsed griefer crap no more. It is affecting me physically, and mentally. My health is VERY POOR, and I am starting to feel like a tortured animal? Gaurd server 24/7 to keep it running? It's wearing me down to nothing. I can't stay up 24/7, even living in chronic pain? I am starting to feel..... hate? I don't want to hate? :( Server will be on, but not registered here anymore. As THIS STUPID RANKING is why the crap happens? I know it makes my world virtually impossible to find? But it's this, or quit entirally? PLEASE forgive me. I can't do this griefer nonsence no more? I'm so truly sorry everyone? :( :( Hope you are happy, you lil crappy, whiny arsed, small minded, SELFISH, griefers? I want to cuss you an hour? And I did, but removed it? I won't sink to your slimy chicken wussed WORM level??? You spineless dogs.... :( I am so VERY SORRY ya'll to EVERYONE ELSE? :( hugs n high 5's
2 comments 👍 2 like 👍👍

Have an awesome weekend everyone! hugs n high 5's :)

I hope everyone is [chillin out], and havin fun today. Enjoy the coming new week. hugs n high 5's :) 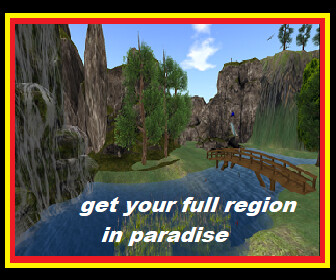 Johnny Rebel  8 months ago
Ok.... lol Let me save a lot of time for a certain group here. I am not into [self relieving] role play, and for those who didn't get that. I do not get into kinky role play? I don't want to. I am not going to? lol Sorry :P But please DO enjoy yourself perusing my worlds on Rebelworld. I just don't [go there], and never will [go there] ok? :x lol xD [ALSO] do not forget the 1 of my VERY FEW rules? No harrassment. Politely asking someones interest is fine. But remember if they say no. That IS must likely what they mean? Enjoy your day everyone. hugs n high 5's :)
0 comments 👍 like

Johnny Rebel  8 months ago
I want people to feel at home when they visit Rebelworld. While there is quite a bit in the 3 published worlds? I truly meant to have much more items, and my own creations imported by now for people to enjoy for free. It makes me feel good to share. To give people a place to go that is safe, peaceful, and FREE! ^^ Unfortunately I have not been well, and all my efforts have been going into simply [keeping the server alive]. As long as there is breathe left in my body. I will TRY to keep Rebelworld available to anyone wishing to go there though. :) I cannot add new members due to living in the sticks [limited Mbs bandwidth way out here... sorry], and I am already defying logic running the amount I am as it is? lol xD EVERYONE is welcome to look around though, hang out, AFK on my personal worlds. All I ask is? Respect others. No harrassment, and of course. HAVE FUN! ^^ I WILL do more with my published worlds when I am able to. I did work on my published home [added a huge tree with a dance area in it] awhile back. Added some greenage around the starting area there in the home area, some games, and a small dance area. But there is a HUGE area untouched there yet. Sorry about that. :o There are MANY other unpublished worlds on Rebelworld. But I made the users owners of their land. So it is up to them if they wish to publish it here. [30 worlds approximately in total making up 438 regions "currently"] As far as I know? People are welcome to view most areas. They just remain unpublished here currently. Have a GREAT weekend everyone! hugs n high 5's ya'll :)
0 comments 👍 like

Johnny Rebel  8 months ago
Ok.... lol Update for the long term friends who have worlds on Rebelworld. As you know my PC had a catastrophic failure recently. Add to that some really heavy storms. One such storm took out trees, poles, power lines, and, well, you get the picture. Add to that I am poor as dirt. Running this server with zero help, and my health isn't so great these days. Things have been rough to sum it all up! lol xD Anyways... I was recently verbally assulted on my own server, and called a racist, and had threats to have my server destroyed. I am not a racist. The term "rebel" means to rebel against the norm, or "herd mentality".... to FIGHT BACK if you will? I AM Johnny? Hence Johnny Rebel, and Rebelworld. Rebelworld was born to fight the urge to give up. I walked in the ER one night unable to breath with severe pressure on my chest, and pneumonia. About an hour later a huge blood buildup "a bubble" burst beside my heart, and over my lung. I was litterly drowning in fluid, and blood, and there was a bad doctor on duty that night. He argued nothing was there til it burst, and I collapsed. They gave me sepsis putting dirty tubes in my lungs, with unsanitary conditions, collapsed both my lungs with a ventilater that was in my living will not to ever use on me, and overdosed me litterly too death, and shocked me so many times trying to bring me back my entire chest, and waist bruised rubber black from muscle contractions. I died 3 times in a row, and laid in a coma for weeks on life support "which it seems I tore out when I awoke [another long story... forget it]! I was a hospital celebrity.... put it that way? :o lol". I wasn't supposed to live. But.... I am a STUBBORN arsed thing? You can't kill "stubborn n ugly". What can I say? lol :P When I woke from the coma, and a month after that came home. I was in hell months fighting to breath without oxygen. [don't want on it/not going there] After being forced to use it in ICU 2 months + my lady left me while in this state. I tried, and tried launching a warcraft server I made awhile back, a eudemons server, a simonastick opensim server I had made live for friends using Hamachi. I couldn't remember how to do anything! I tried to play my guitar. I had forgotten almost every chord, and song! I wanted to give up. EVERYTHING felt like it was just..... GONE!..... THEN I got on Outworldz website. THANK YOU ya'll. :) Between their simple setup of the framework in a neat package, and the opensimulator website, and various blogs, youtubes, etc. Johnny Rebel, and Rebelworld was born! I relearned enough to do it. ^^ I fought back! For I, AM a rebel. :) So don't be racist towards me because I am a butt ugly, stubborn rebel? lol :P Sorry, point was. Due to the threats... lol I shut down server. Backed it up, and made backups of everyones worlds here. All 438 regions worth. xD Each world has it's own backup oar, and the entire server is backed up on a different drive as well. I also patched, optimized, and system restore backed up everything as well. So enjoy while feeling secure! Also, as always? ALL visitors are most welcome. ^^ hugs n high 5's everyone :)
0 comments 👍 2 like 👍👍

Hope everyone is stayin safe. Enjoy your day, and weekend. :)

Great place you have here. WELL worth the visit. Thank you for sharing. :) 5 stars!

Very nicely did! Interesting place. I enjoyed my exploation there. . 5 stars! Thank you for sharing.

I love the [otherworldliness] of it. Very creative! Was wanting to snatch your living plants! lol xD Thank you for sharing.

I'm not even a big jewelry fan, and I like this place. LOTS of jewelry, scenaric, and I found me some awesome statues, and aviator glasses! lol :) WELL worth a visit.

Very intersting build. I like it. Thank you for sharing. Good storyline destription to. Well put together. lol ;)

Han_Held 6 months ago
I saw your post -and I'm sorry to see you go. You're a great guy and I hope that you keep a spot for yourself in the metaverse somewhere to enjoy. Good luck and God bless!
like(2)

Johnny Rebel 6 months ago
Rebelworld is still open to anyone. I just cannot sit stressed relaunching/restoring it multiple times daily. It was degrading my already poor health. I truly am sorry. Thank you for your kind words. hugs n high 5's
like(0)

Ava Ozerova 6 months ago
Welcome ; will get interest at your regions!
like(1)

Johnny Rebel 6 months ago
Heya, hello. Thank you for the kind words. "waves"
like(0)