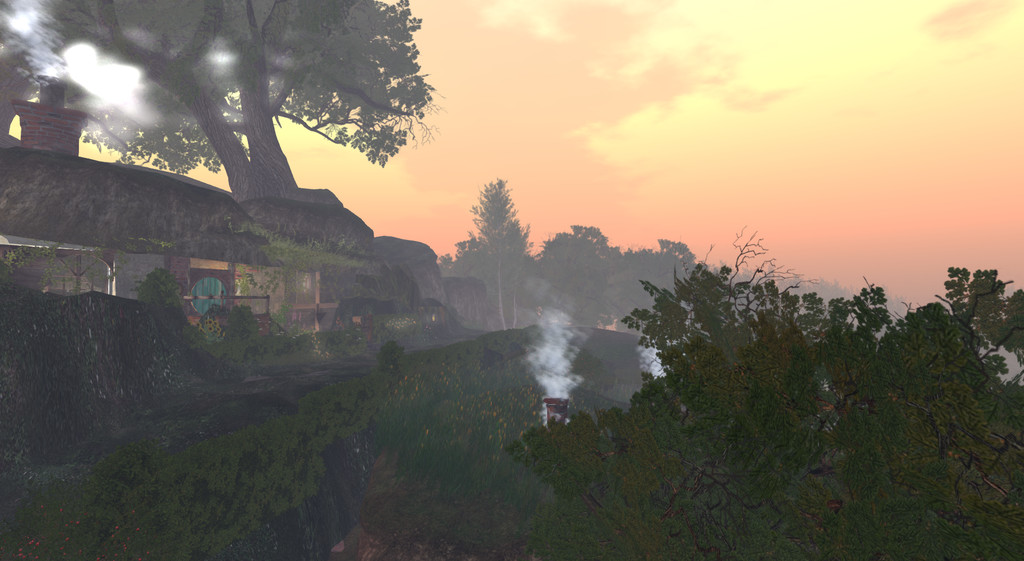 Shirelands is now on a 24/7 commercial server - visit us anytime! 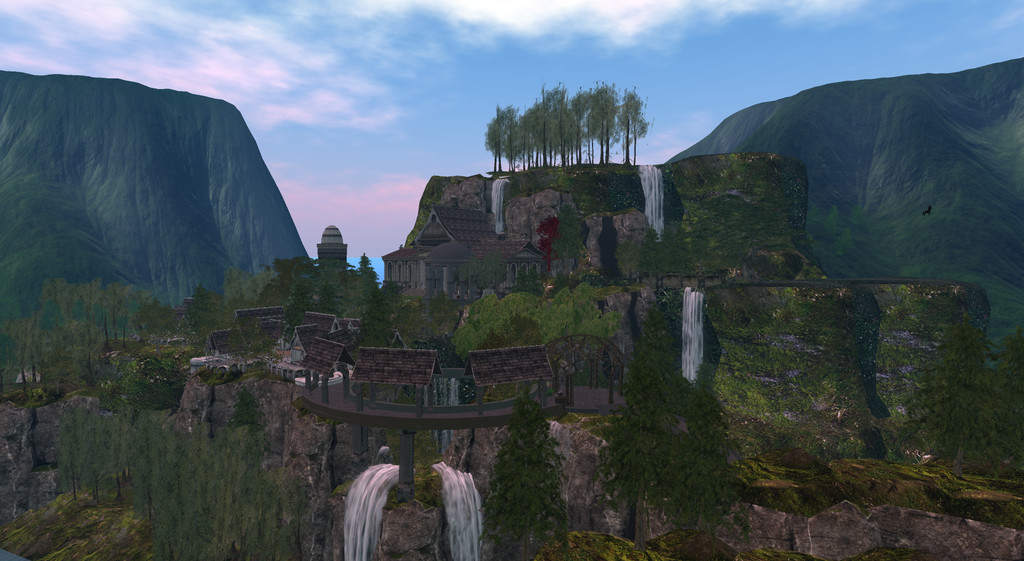 And alongside Mirkwood is Rivendell http://shirelands.outworldz.net:8002 just add the name of sim to the end of the browser addy 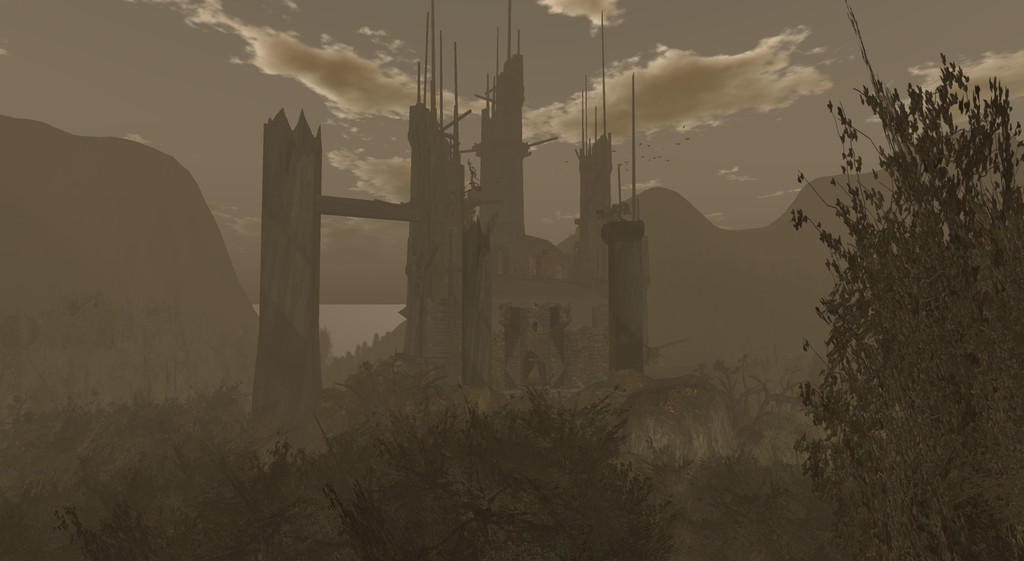 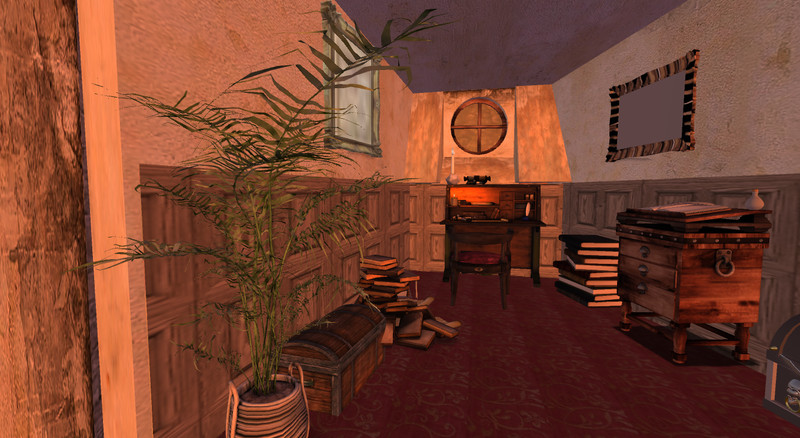 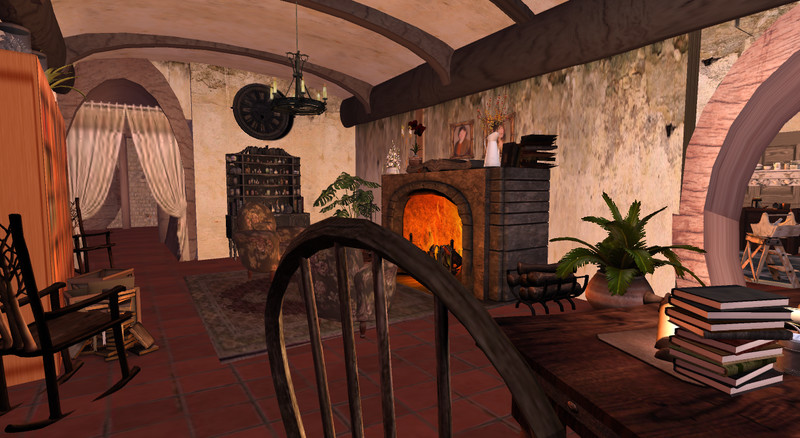 into Bag End, a full house roughly based on Tolkien's own floor plan - which makes it rather large...but a good scale to cam around and even allow long shanked folks getting in without hitting their heads ...
0 comments 👍 like 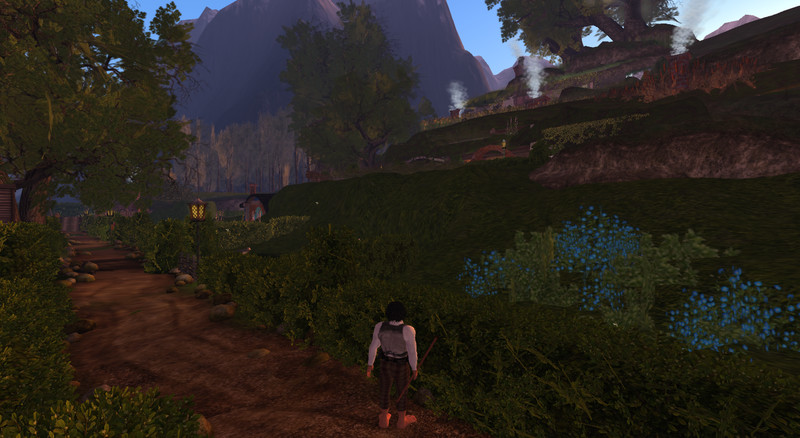 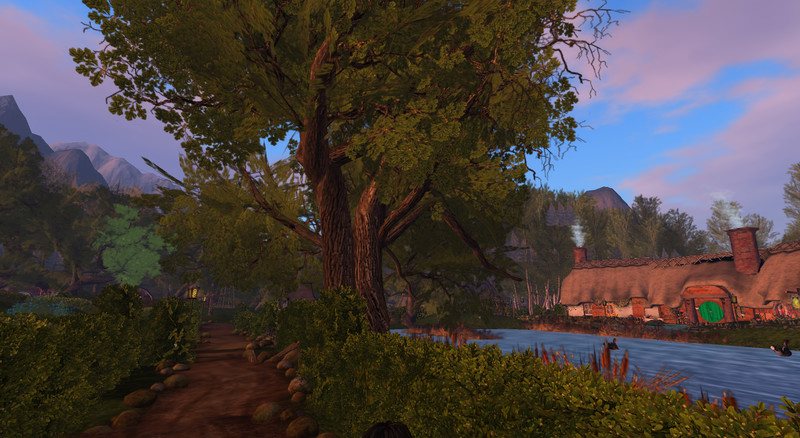 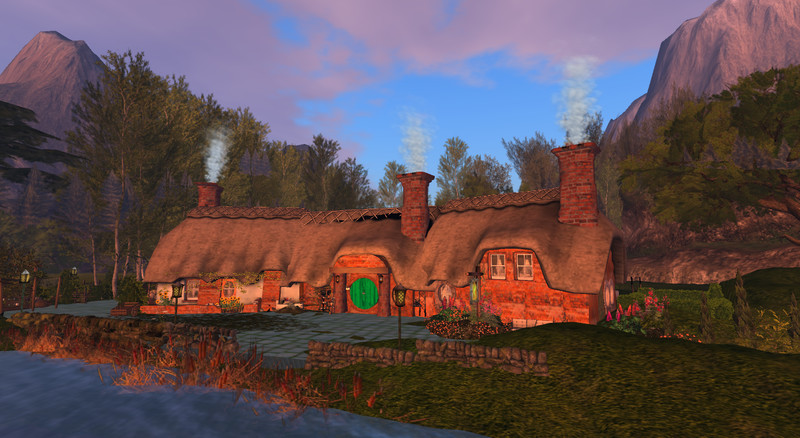 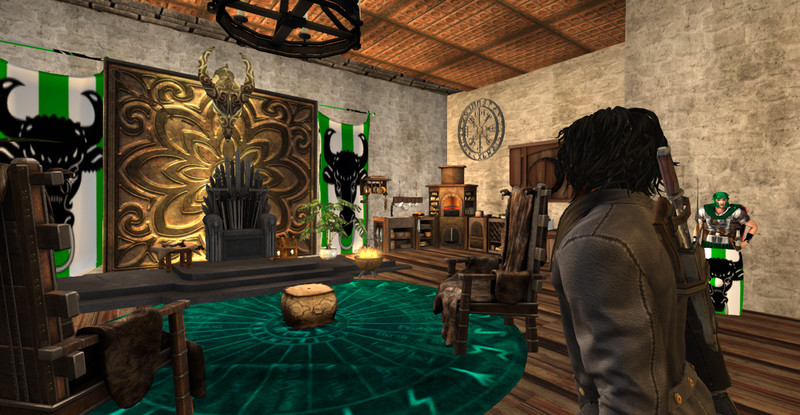 Finally, the impasse between the Priest Kings and the Kurrii is broken. The agents of the Steelworlds on Gor finally smuggled a weapon of great destruction into the Sardar Hive and the Priest Kings are no more.

A new order now exists.
The agents of the Kurrii and new allies now wage war on those who worshipped the Priest Kings, Ar has fallen, the great cities of Ar are destroyed – chaos reigns. War rages across the civilized world.

New technology has emerged, weapons, machines once hidden from the eyes of the Bugs have now emerged. You will notice this tech begining to emerge in many forms.

The Kurri have handed power to their supporters and turned their attention on Earth/ Gor has become a place of war and fear, run by Kur Halflings and petty Warlords.

The islands of the Seas of Thassa are relatively unscathed, but a place of refugees and those fleeing the old Gor. The Seas are ruled by the Black Bosk Pirates of Darkport, a powerful group who rule the Seas, trading, taxing or taking what they need from the inhabitants of the many islands. Darkport is the centre of the world, and a first port of call for visitors and traders*

However, far in the Easter Seas is Ironport, a dark place run by Lord Hauser a half kur warlord, a slave breeder and experimental physician. His business is veiled in secrecy, but slaves are in high demand. His ships are Kur technology, iron and steel ships that’ sail the sea in clouds of smoke and steam. At the moment they raid and hunt, avoiding the mighty Black Bosk pirates, but they grow bolder as their weaponry evolves ….

ROLE PLAY
The sim is built for role play, there is no wholesale warfare as populations are too small and server cant cope There is an existing storyline that have been played out in Sl Gor for over 10 years.

To participate you need to develop a character of your own or take up a position in Darkport or Ironport. Initially we will be populating Darkport with the usual castes. Seek out Darkness Papp in world for details.

Trading
Goods are in demand in the Marker Square at Darkport, these can be found via quests or scavenging, many based on SF items, but not all There is also scope for minor farms on islands incorporating Satyr Farms system. One major trading item are medical supplies, in particular immortality shots (serum) – found in Seas of Thassa in the form of blue vials in chests. Many where lost by refugees fleeing mainland Gor in ships wrecked on reefs.

More exhaustive stuff to come. But for now explore and role play

NPCs - click on any NPCs you come across, some will have messages, information and clues to quests.

Once such quest is the Search fo the Golden Orb, a piece of advanced technology lost in the area - the Admiral of Darkport will pay a handsome reward for its safe delivery to him. 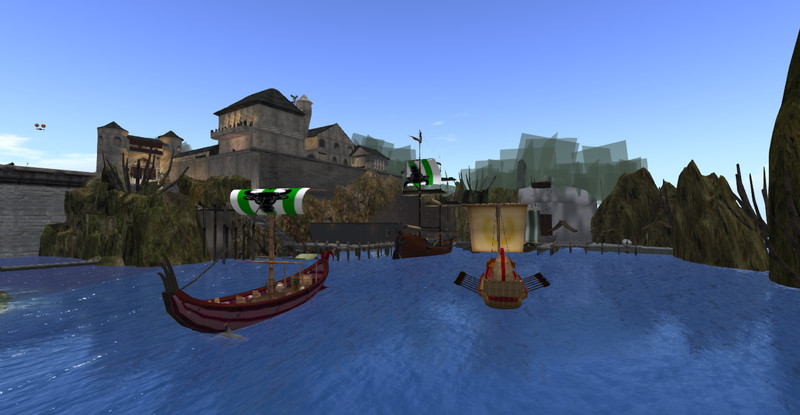 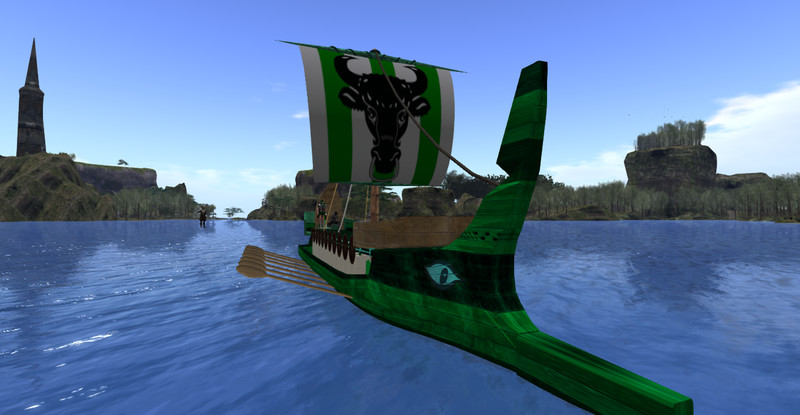 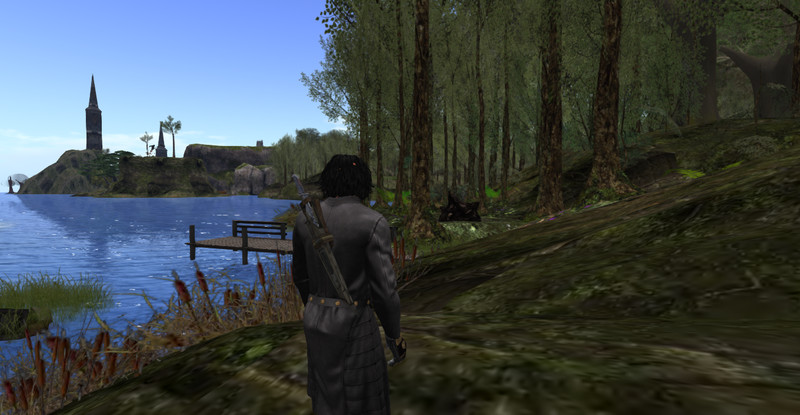 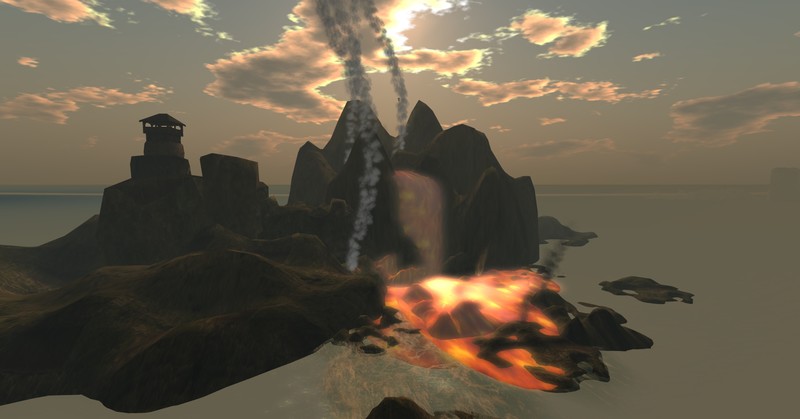 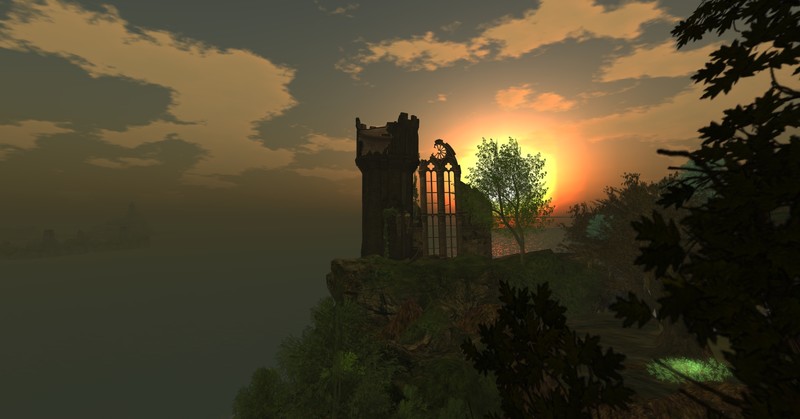 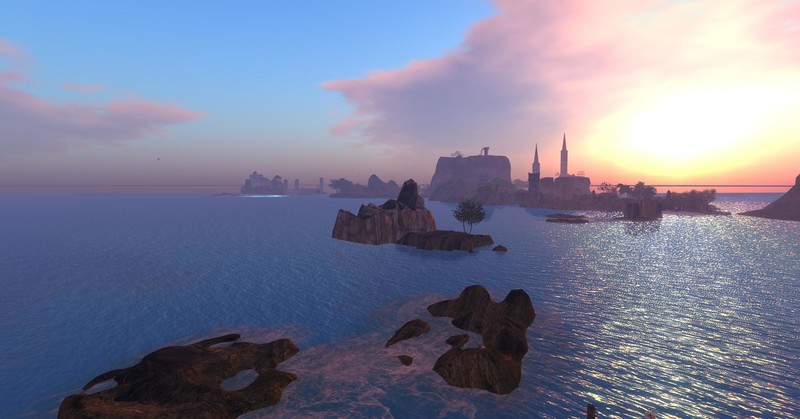 Landscape is moving along nicely and some rezzable ships and boats do transport. Open for visits but not always open 24/7 at the moment. Uk based server. 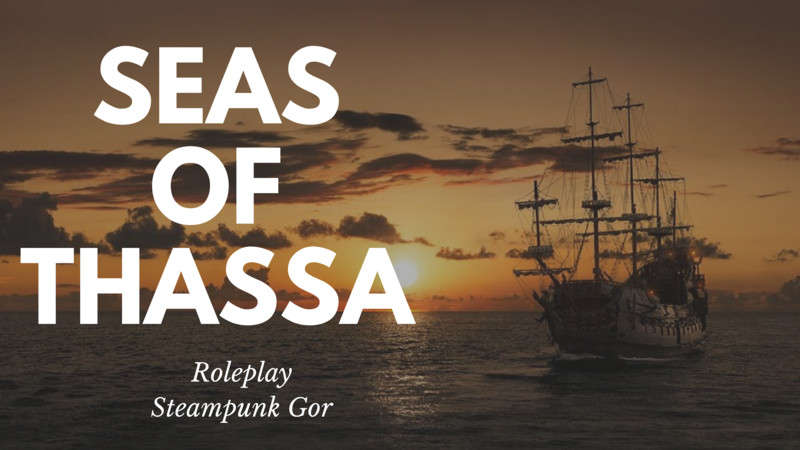